FOREWORD to Alien in the Mirror by Jacques F. Vallée

As this book goes to press, the public is learning about stunning developments in the field of "ufology," the study of unidentified flying objects. Most remarkably, the US Government has now admitted that it did not understand the phenomenon after all.

More than seventy years of erratic investigation, the funding of studies at taxpayers’ expense (several of them still secret) and the occasional collection of physical traces, have led nowhere.

The possible recovery of material and biological samples by the military and a few private groups, under classified conditions, is very much a part of the new equation. So is the persistent claim that some of the old UFO information was misused, planted, or simply repurposed, as part of what should be called “active measures,” inherited or inspired in the long shadow of MK-ULTRA, confusing everybody except the Russians. Yet unassailable evidence of a truly unknown phenomenon with its own internal logic also kept accumulating. These facts are likely to make the next phase of study not more open and accessible to the public but even more secretive and esoteric, unless the lessons of the last decades are remembered and used.

Back in 1968, an expensive review of the available data by the University of Colorado concluded that the cases in the Air force files and other records were of little or no interest to science, prompting many specialists to drop their budding investigations. Important reports, formal or informal, continued to come through private and public channels. They were colorful, remarkably complex, and occasionally threatening, like the overflight of the aircraft carrier Nimitz and the ships of the Pacific Fleet in the first decade of the present century, which couldn’t be swept under the same rug as mirages, sun dogs or that favorite of skeptical academics: temperature inversions!

They forced a painful re-appraisal once the data was leaked.

Reappraisal of WHAT? The new data provides welcome measurement (time, speed, energy, temperature, photographs, frequency, distance, etc.) where earlier reports had rarely based on reliable instruments beyond a compass and occasionally, a radiation probe. But there is bias in that new data in its own context, and we can only make sense of it by placing it within the much larger universe of the accumulated sightings over half a century of worldwide observation, some of it extremely good, and recorded in a few dozen valuable books.

What was needed was a reappraisal of the literature, such as the material in this volume.

The available information is enormous, even if one only lists the actual books, ignoring articles, bits and pieces of reports, or occasional notes. Prominent scholars have done such work before, like George M. Eberhart in his two-volume bibliography of “UFOs and the Extraterrestrial Contact Movement” (Scarecrow Press, 1986).  That work fairly cited many of its predecessors, from Lynn Catoe’s study at the Library of Congress in the 1960s to the Condon Report in 1969. But a major gap remained to bridge the research to the present time, when American officials are reviewing and re-framing the entire field.

Pointedly re-naming the problem under the label of “unidentified aerial phenomena” to make it appear less threatening and of more immediate interest to natural scientists, officials of the Intelligence community, Congress, NASA and even prominent members of the cloth, have now reversed their negative assessment and removed much of the stigma. Years of lies, ridicule and fake official “explanations” for what good citizens had the intelligence to observe and the guts to report in the face of scientific contempt and journalistic titillation, not to mention family disrepute and scandal, has been erased.

Major universities are gearing up to restart the studies from scratch, using combinations of private and public funds.

In the process, wheels are re-invented and inevitably, decades of well-meaning, underfunded investigation – the dubious stuff of amateurish passion -- are pushed aside or ignored. This is not unheard of in the history of knowledge: once you discover America, its vast lands and high mountains, you no longer need those beautiful ancient maps of vast empty oceans only showing the horrible heads of a few emerging sea monsters, except to hang them in a museum.

Most of the researchers of my generation are delighted to welcome this change. We feel vindicated. We’ve worked for it for a long time. Yet the challenge is intact: new hope is there, but most of the data hasn’t been re-examined. Nobody has discovered a new America yet, and it’s appropriate to yell: Not so fast!  This vast and complex phenomenon, loaded and enriched by decades, if not centuries of extraordinary exposure, has not capitulated just because of a speech by the director of the CIA, a statement by the Pope or a new truckload of dollars from Congress.

What was unexplained in 1945, when an avocado-shaped object weighting several tons and carrying strange biological entities crashed at the Trinity site, a few days after the first atomic bomb, remains a tantalizing mystery today; so do the close-range observations by competent witnesses of similar objects that touched the ground at places like Socorro (New Mexico, 1964) and Valensole (France, 1965) for which extensive government investigation files exist. Hundreds of such reports sleep in dusty files, unexamined and unsolved. Few of the witnesses are still alive, and the scientists who did the studies have moved on in their careers, or retired. Or died.

What remains is the literature.

And what a literature it is! You will find it summarized here, repurposed and re-organized rationally by an author of long experience in the field. Randall Fitzgerald has carefully compiled it for the benefit of new researchers seeking a quick overview of the field they are entering. It can save them valuable time and much money that might have been wasted on the reassessment of wild-goose chases. It can even provide the basis of a cross-index for the most cogent data gathered in past decades. It is a tool for research. But above all, it will stand as testimony to a well-travelled road of investigation and wonder. We should acknowledge it with gratitude, not only for its neat classification of complex events, but for the hope it gives us of a long-delayed, much welcome re-awakening of the true spirit of science after seventy years of slumber.

Jacques F. Vallee has written several dozen highly regarded books on various aspects of the UFO phenomenon, along with five books on technology and finance, and five novels, one of which received the Jules Verne prize in France. He received a Ph.D. in artificial intelligence and a master’s degree in astrophysics, and coded the first computer-based map of Mars for NASA. As a Silicon Valley entrepreneur, he founded numerous venture funds, including NASA’s ‘Red Planet Capital’. He was the real-life model for the character portrayed by Francois Truffaut in the Steven Spielberg movie, Close Encounters of the Third Kind. (Learn more at: www.jacquesvallee.net) 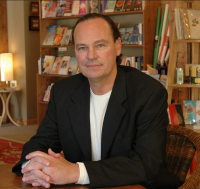 Alien in the Mirror